Yesterday, I built and tested a very small gas kiln, partly to see how fast I could fire it to cone 9 temperature! The kiln was built simply using high-temperature insulation bricks, nothing else..even the roof was made using bricks: 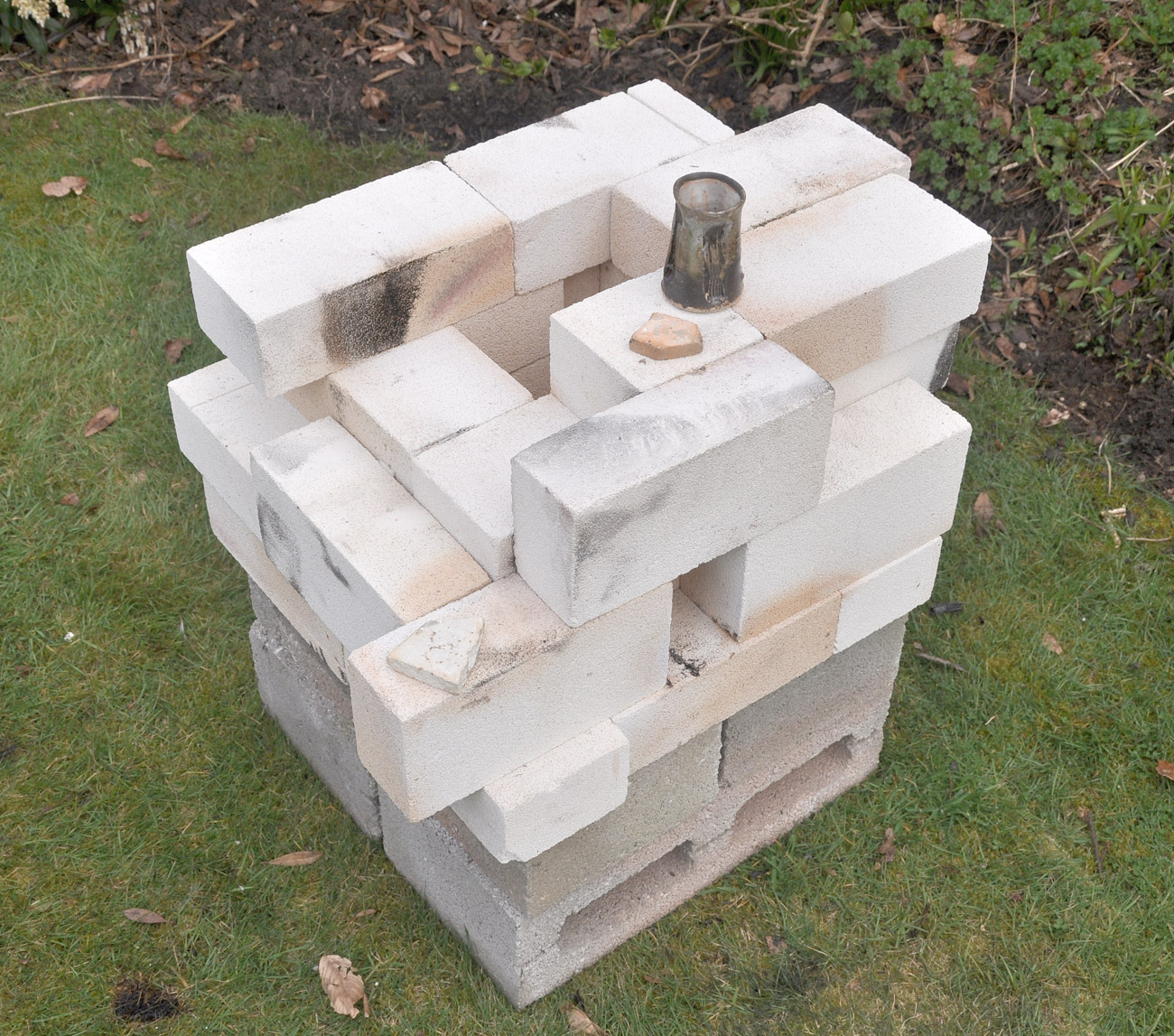 Only two small pots were placed in the kiln: 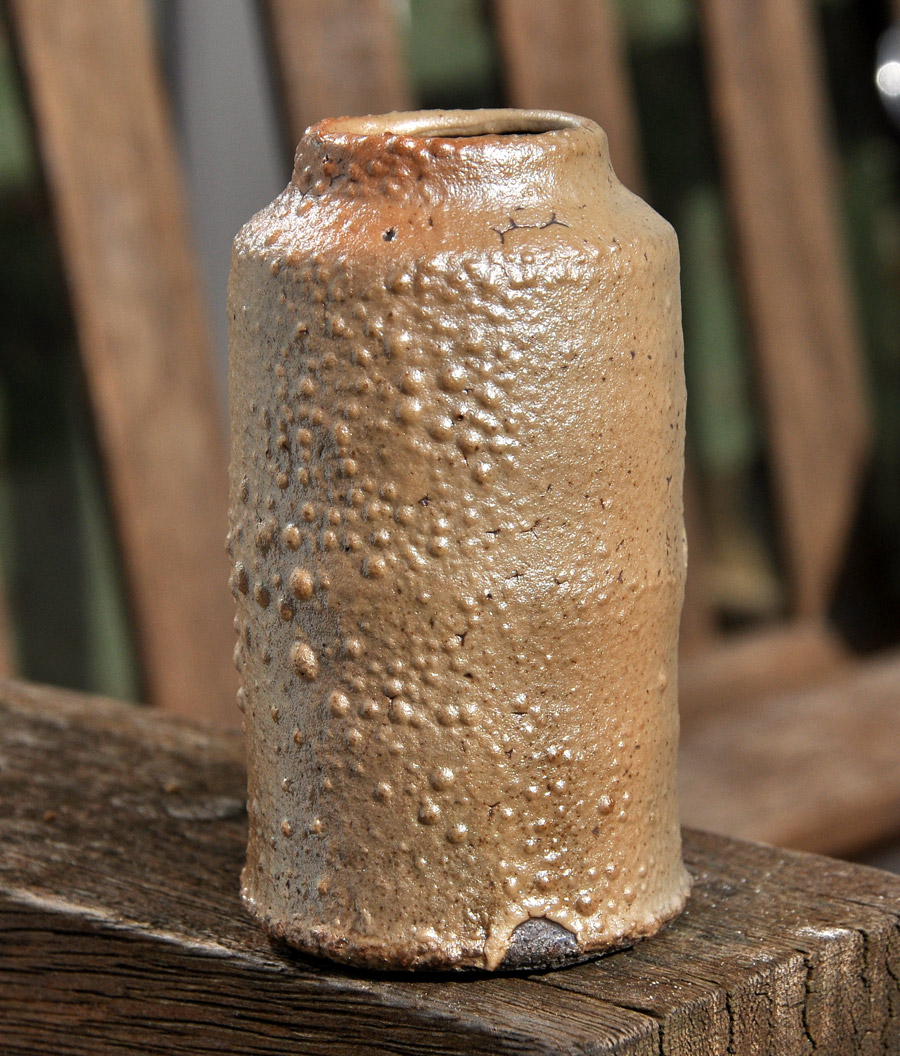 This was meant to be a crackle shino over a dark, iron-oxide slip. A little (1%) iron oxide added to the glaze has made it flux, losing most of the cracks. It has also bubbled rather alot, possibly a sign that the atmosphere was not reduced sufficiently. This is probably because it was positioned directly under the exit flu..unavoidable in a kiln of this size. 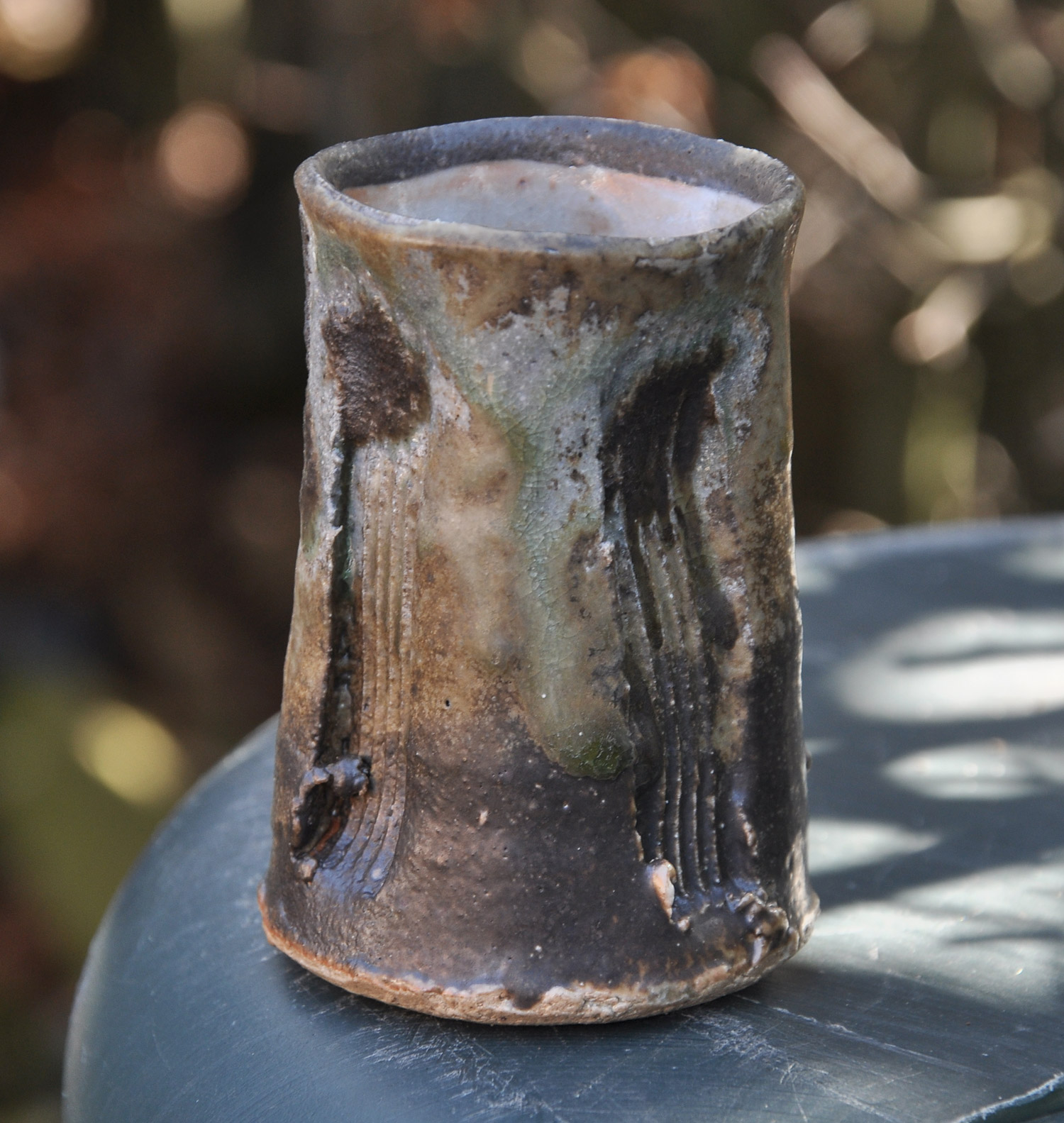 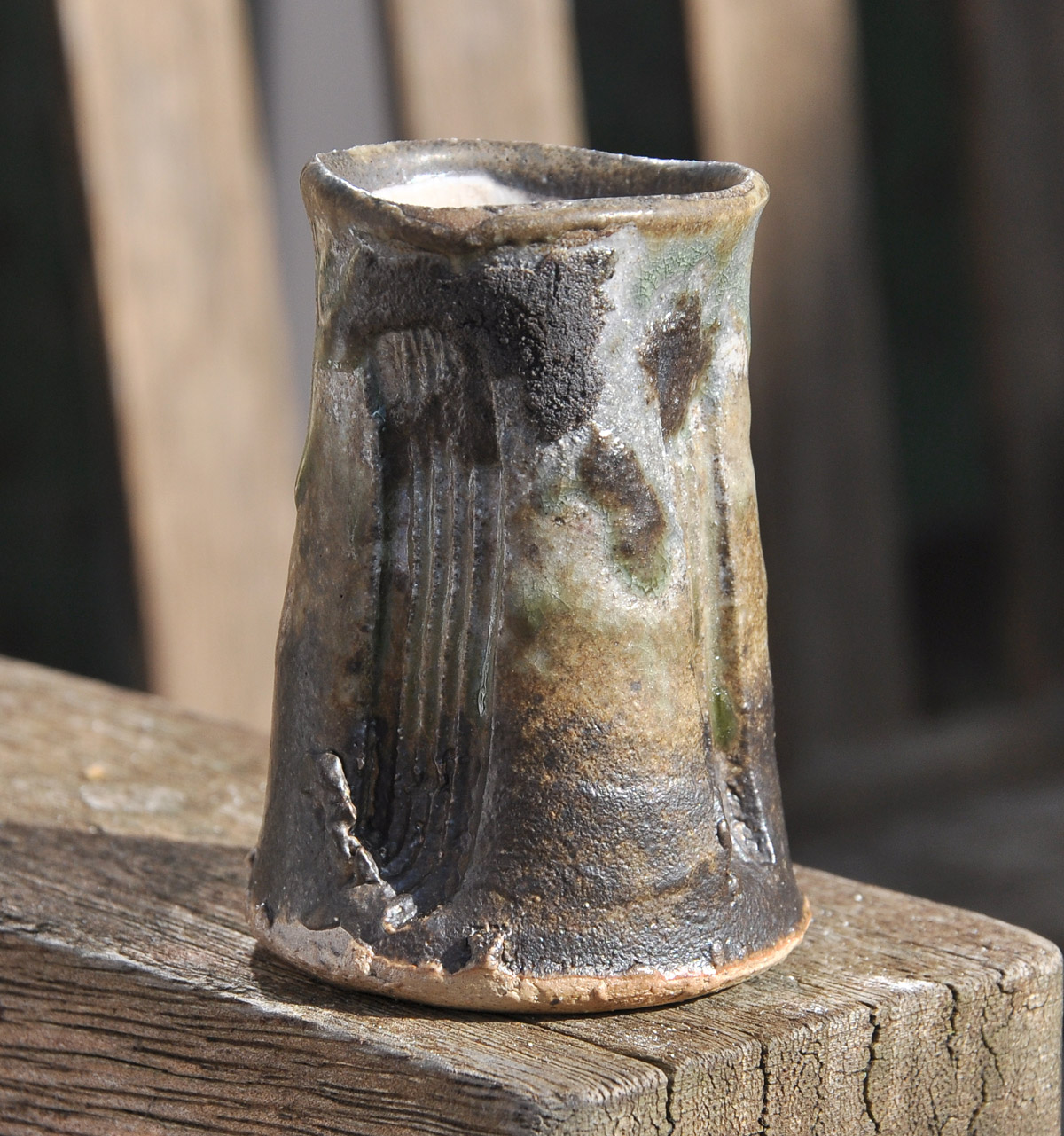 This piece was more successful. The glaze was made with kaolin, AT ball clay and raw wood ash and has come out rather like a traditional, Japanese shino. Wood ash was also aplied to the top half of the pot (glue was sprayed on and the pot dipped in a pile of ash). It actually looks very much like an anagama-fired piece with a variety of surface colours created by the melting ash. But this kiln was fired to approx 1275 Centigrade in two hours. Some wood was introduced to the gas flame by placing bamboo into the burner port..interestingly, each time this was done, the temperature would drop very quickly by 30 to 42 degrees C. It would then take about 10 minutes for the temperature to get back up as the bamboo ash burned away. The kiln was so small, I had to pull the weed burner head about 7-8 inches away from the kiln to get the hottest part of the flame inside the chamber. Optimising this distance was critical to achieving a rapid temperature rise.

Here are a few other pieces I fired recently in the electric kiln:

This tea caddy was carved from a solid block of clay. It took a very long time to finish so I was relieved there were no firing cracks!