I did a test firing yesterday with the electric kiln, trying out a more matte copper ash glaze over various clays as well as a dolomite glaze. This is a first for me..I've had a large bag of dolomite languishing on a shelf for years and never used it.

This glaze really shows the cool and hot spots in my kiln. I fired lower this time, to around 1260 centigrade  (the temperature recommended for the dolomite) and a couple of pots came out a very nice satin-matte white, whereas on others the glaze was over fired, turning almost transparent and running off the pot onto the kiln shelf. The kiln was soaked for half an hour and maybe this created too much heat work. Fortunately, not too much damage to the shelf, but two pots were completely ruined. I also tried the dolomite over a black slip containing cobalt oxide and manganese and it didn't like that too much..crawled and ran alot, although some of the effects were quite interesting, especially where the glaze stayed on top of the black slip: 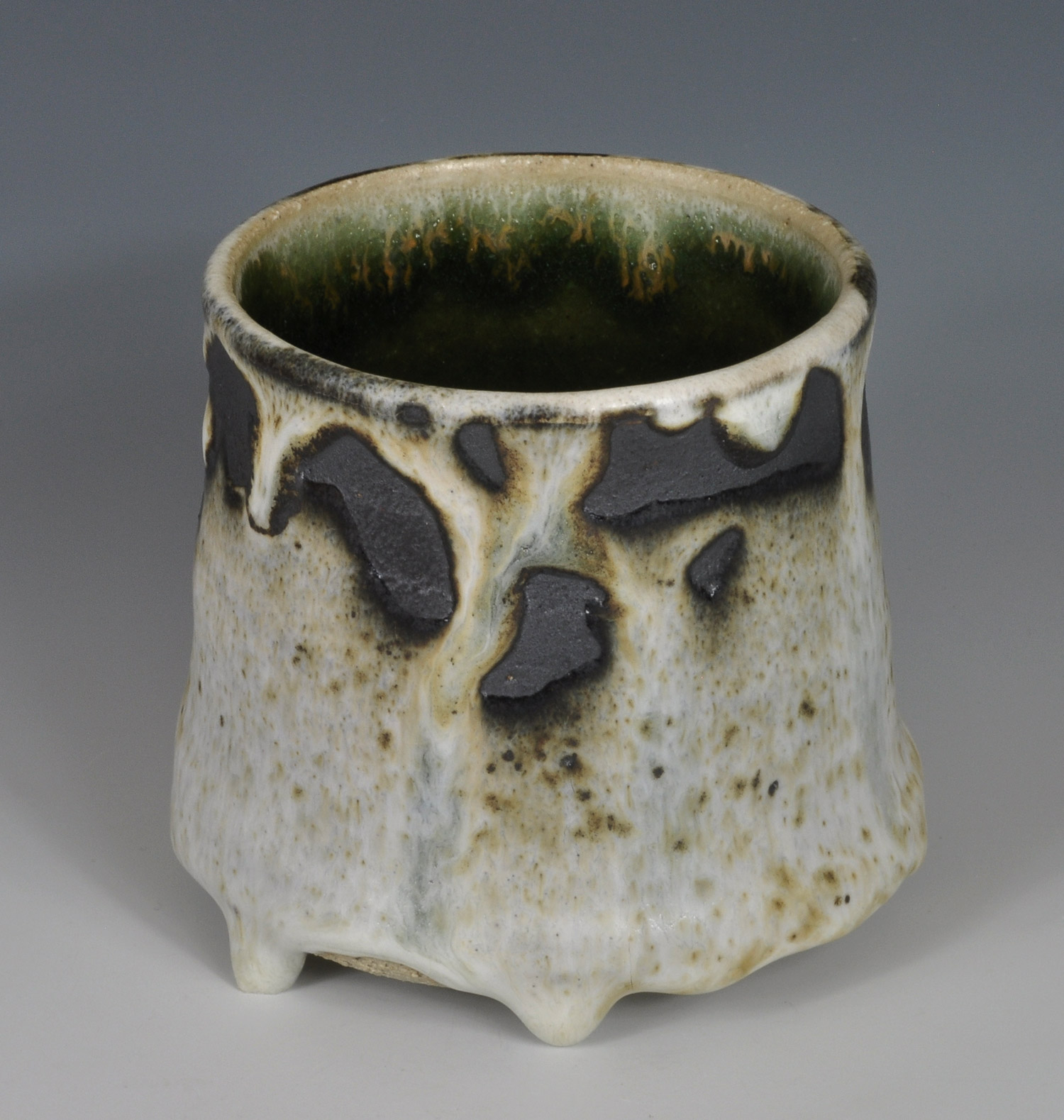 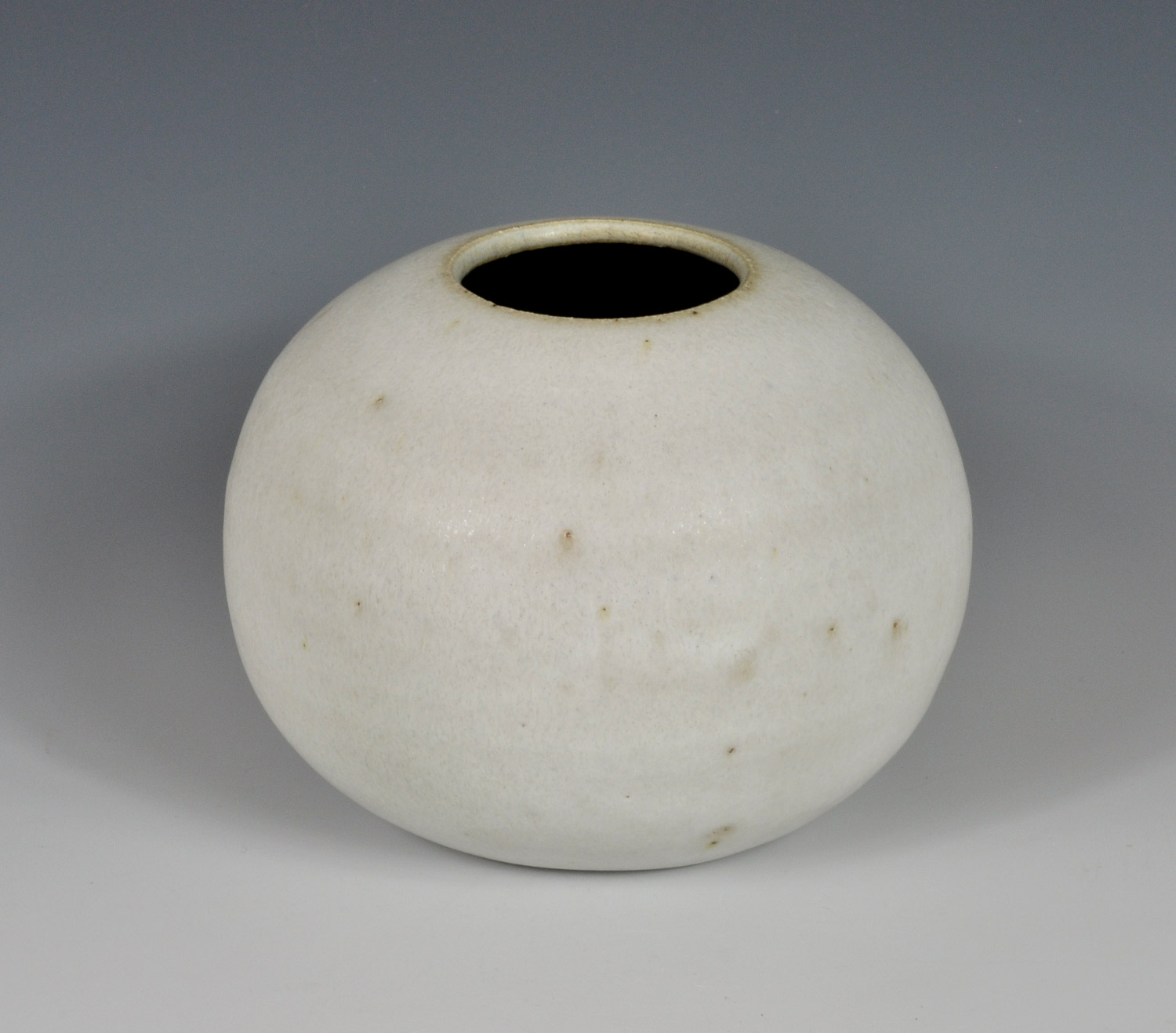 And some pieces coated with the matte copper ash glaze: 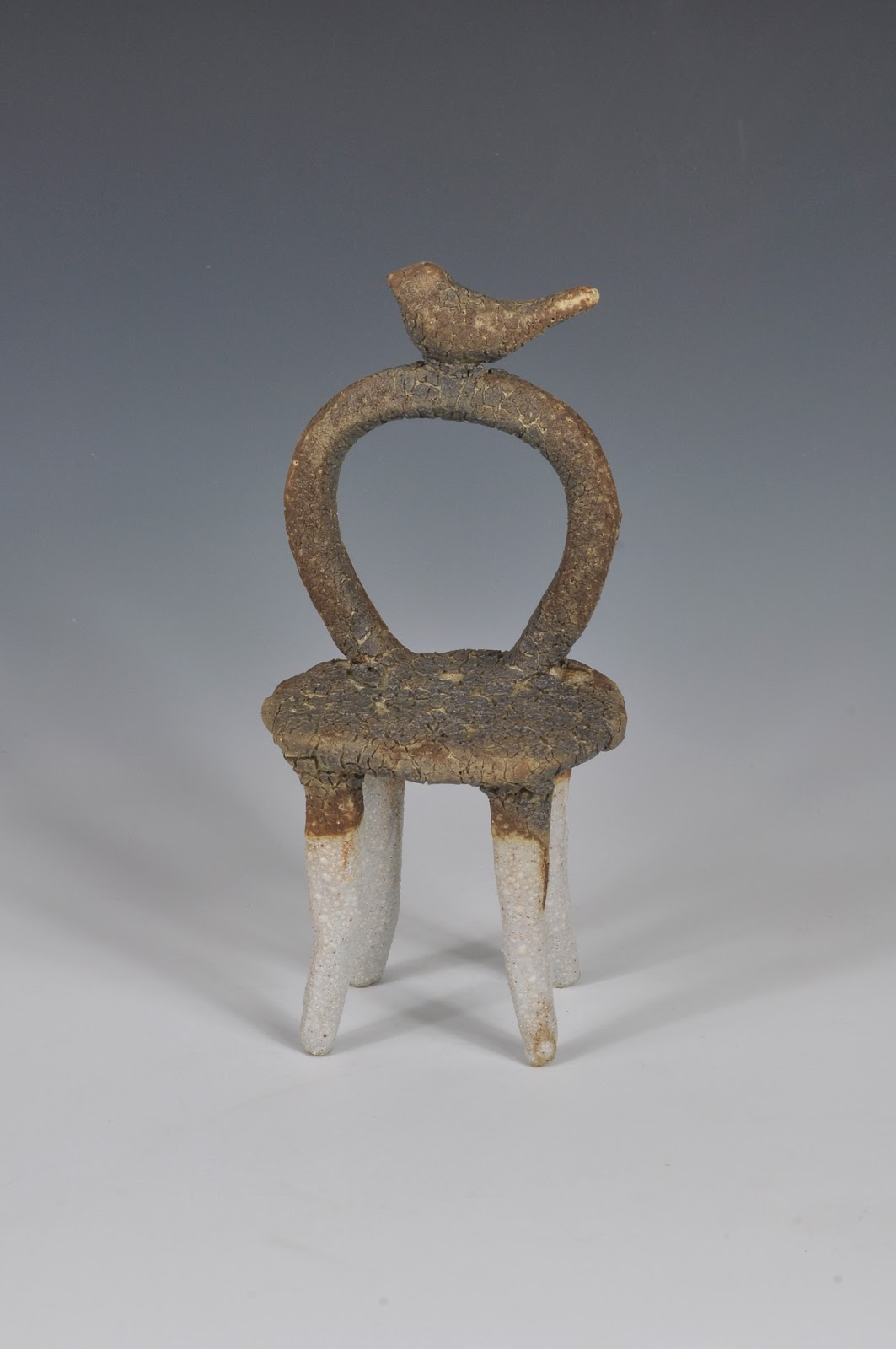 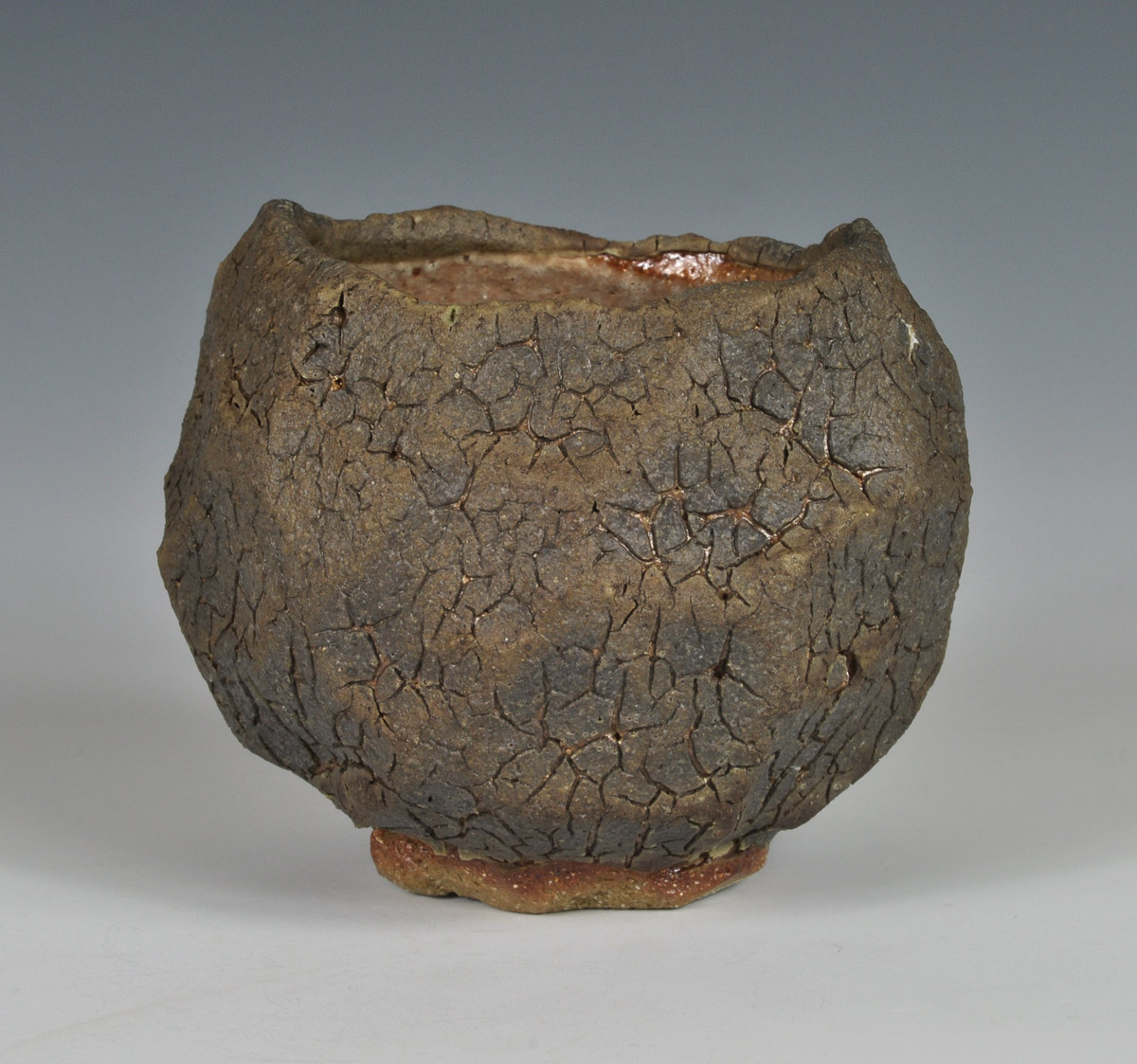 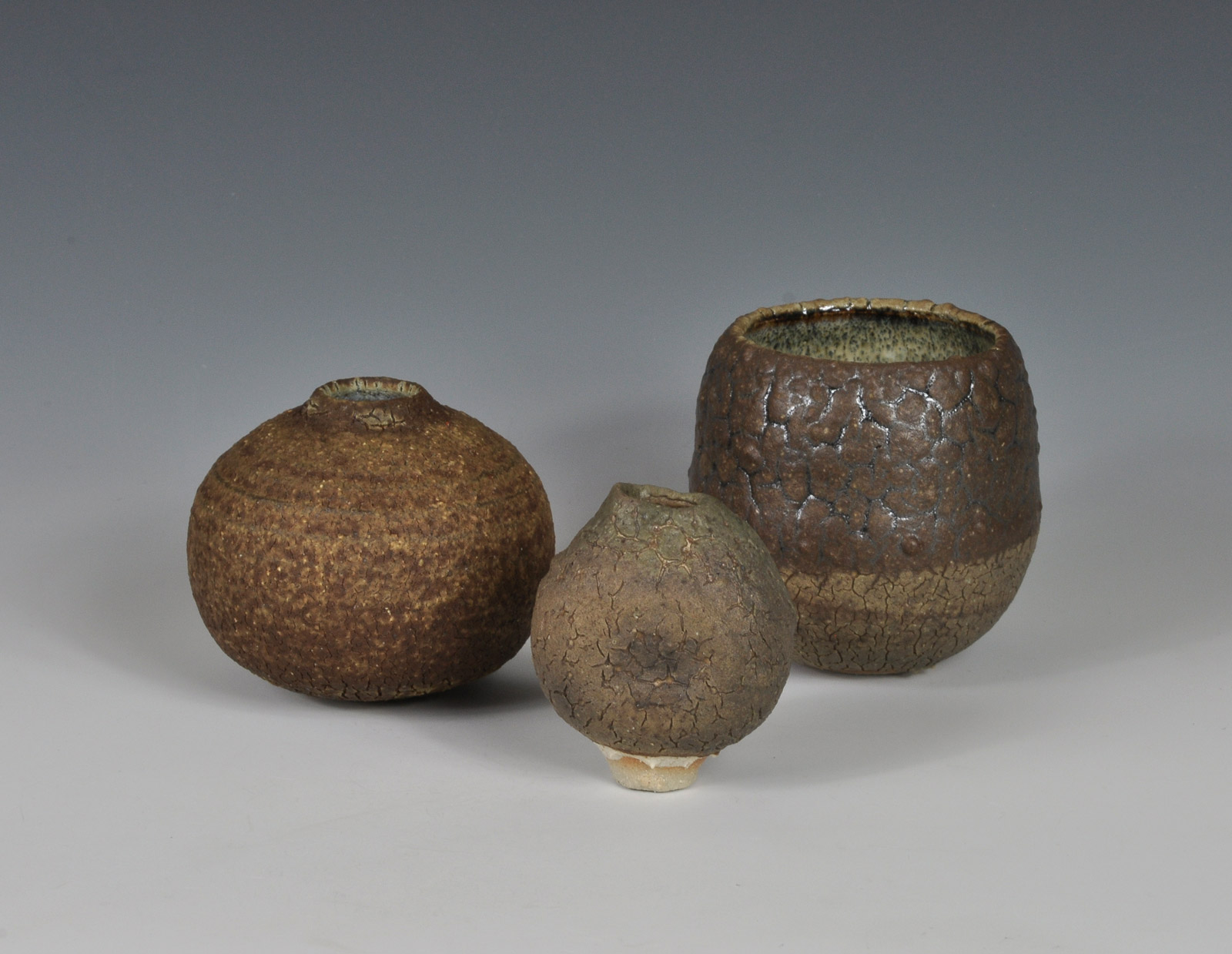 I'd added more china clay by eye, plus a little magnesium carbonate (to encourage crawling) and a couple of teaspoons of soda ash. I hoped the soda ash would react with the copper oxide to produce more greens, and it did in places, especially on the small pot in the last photo. Unfortunately, not a very attractive shade of green..I may re-formulate the glaze with smaller amounts of copper carbonate rather than the oxide, maybe that would create more delicate colours. But I do like the rusty browns it produces over the darker clays such as Potclays grogged pink (left pot in the last photo).

Thanks for reading!
Posted by Mark Smalley at 07:54 6 comments: