I've been playing around with new shapes on the wheel, and tried to throw a sort of pine-cone form off the hump. 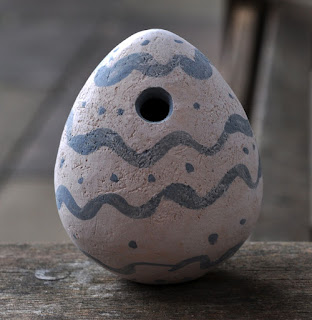 I guess one might call it "egg-shaped " too, but then that word "egg" covers multitude of possible forms. Originally, this was going to be a little mustard pot, but then I cut out the lid wonkily so I stuck it back together. I'm just keeping it as a reminder of the form, and since then I've made a few lidded pieces like this, one of which I smashed yesterday.

This morning I turned it upside down, and was struck by how much it looked like a human head. 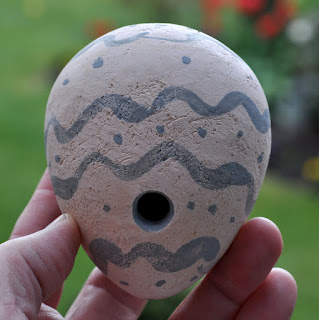 Not an earth-shattering discovery, but maybe I could make a similar one as a sculpture. Just need to figure out a way to make it stand upright on the pointy end..maybe a plinth with a hollow in the middle could work..or a steel support with a ring for it to sit in..
Posted by Mark Smalley at 08:43