A successful April firing with gas and wood

Earlier this year I built another experimental gas/wood kiln, this time on a larger scale (8 cubic feet) and using a much more powerful gas burner (A Stedmark No.100 kiln burner with flame failure valve). I was hoping that being a larger kiln, it would lose heat less rapidly and be easier to fire to stoneware, despite it being a simple updraft design. In fact it proved harder to reach temperature than with the smaller kilns .. after getting stuck at high-earthenware temperatures with the first firing, the design was modified and capacity of the ware chamber reduced slightly. For the second firing last week, I tried to encourage a more even flow of the flame through the ware by positioning the first kiln shelf further over the burner's "fire box". I hoped this would ensure more heat could spread through the first layer of pots. I also placed a second shelf on props, which, being level with the top of the kiln, formed part of the roof .. this increased heat insulation and helped to reflect more of the heat back into the kiln. It also acted as a support for the double-layer ceramic fibre roof which lay on top of the second kiln shelf, overlapping the top of the walls.

The kiln was fired with lower gas pressures than last time, as I had been advised that the optimum for this burner is likely to be around 4 Psi ( less than a third of a Bar). At higher pressures you are also more likely to suffer from tank freeze (frost appearing on the outside of the tank up to the level of propane remaining) and this will slow down the outflow of gas to the burner. However, even at 3 to 4 Psi frost still appeared on the tank as it got down to around half empty .. perhaps this was what caused the temperature to stall but I was unable to get close to 1280 degrees C (cone 10) according to the cones and pyrometer.

As a result, I was expecting the results to be rather dismal but I was very pleasantly surprised! I suspect the cones and thermocouple were in a cold spot on the same wall as the burner port and had given a false impression. Further into the kiln and closer to the "fire boxes", the majority of the pots were well fired, with the ash and celadon glazes completely melted. None of the pots was over-fired and it was pleasing that there was no evidence of bloating, despite the fact that some of them must have been fully blasted by the gas flame. Levels of reduction were also very promising, no doubt partly due to the wood which I threw in several times during the firing.

After ten hours, some heavy reduction cooling was induced by putting wood and charcoal into the side stoke hole and as much charcoal as I could stuff into the fire box through the burner port. The kiln was then clammed up around 8pm (this does generate a fair bit of smoke!) and left to cool overnight. At lunchtime the next day it was still too hot to open, but by 4pm I was prepared to risk a peek as it was a warm and sunny day.

Here are some of the pots which came out well: 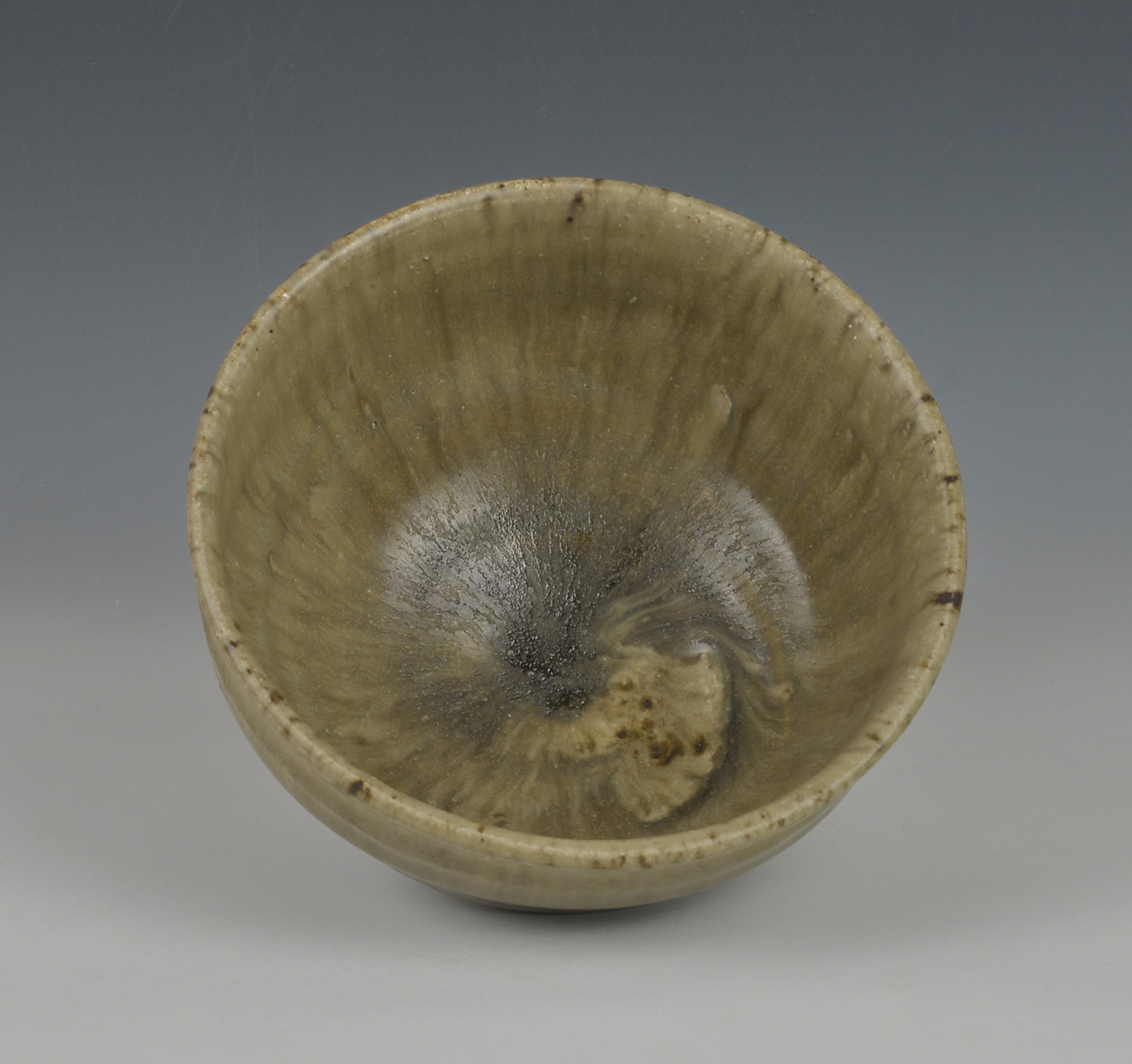 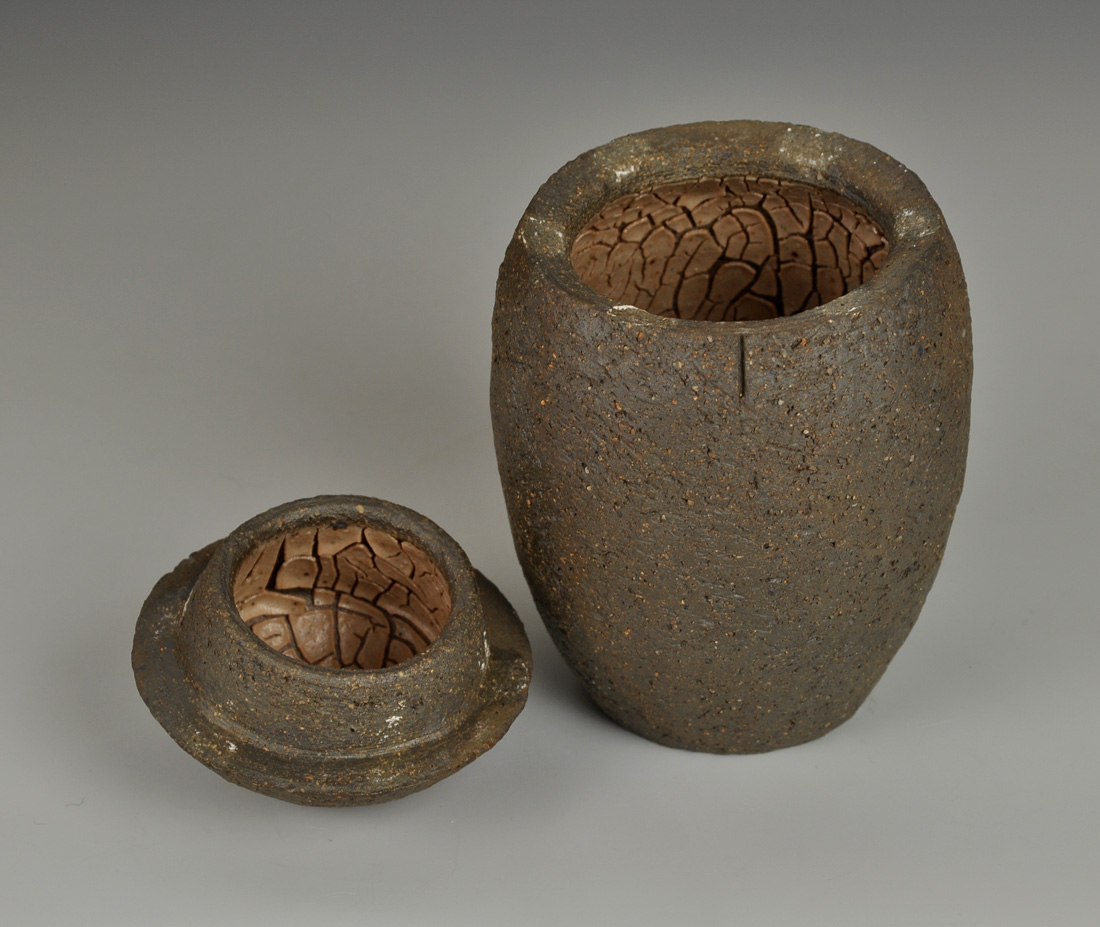 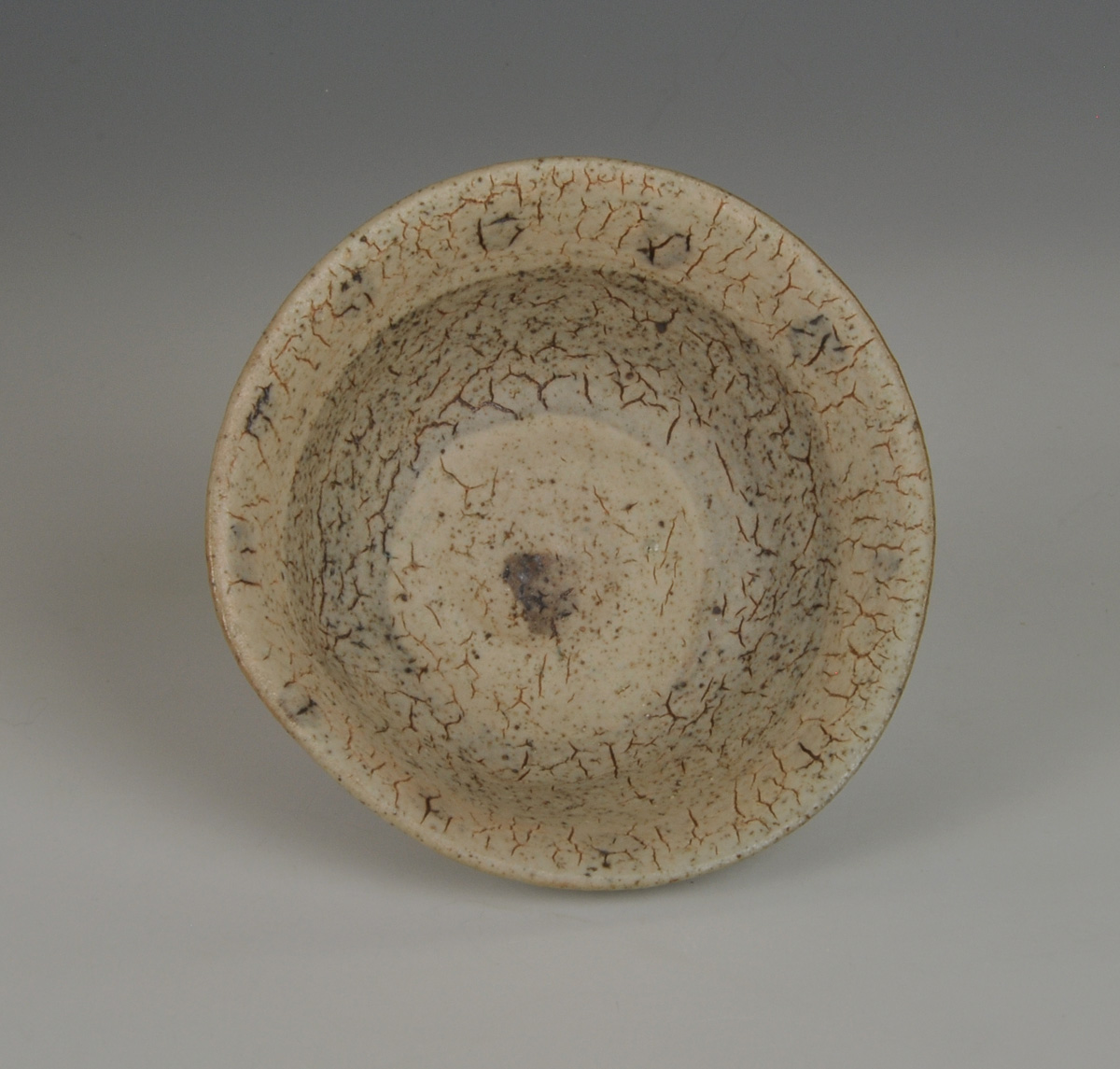 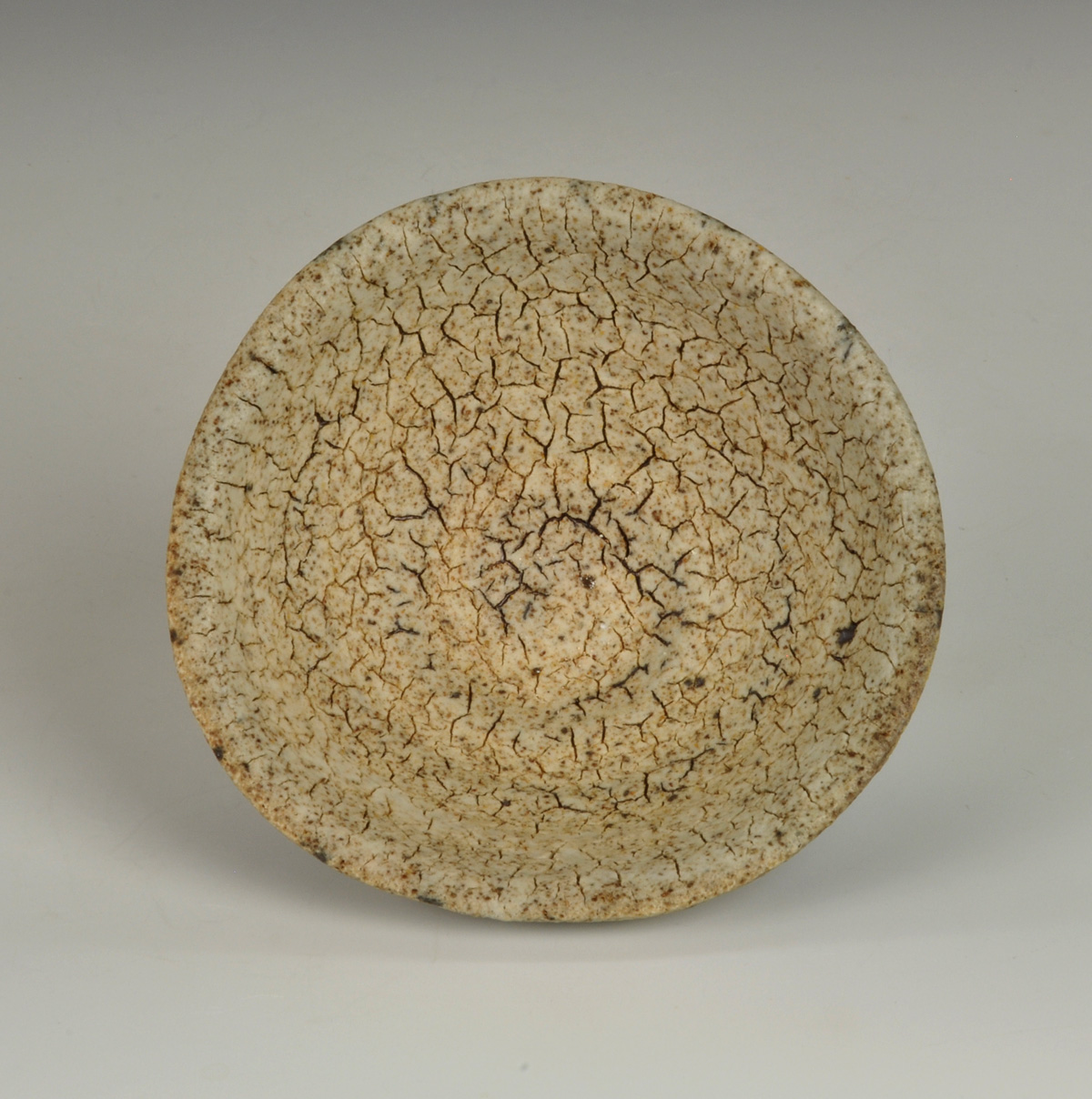 I am now considering moving to a downdraft design, mainly as I would like to fire more quickly and efficiently. The updraft experiments have been interesting, but gas is rather expensive these days at £63 for a 47kg tank!