A test firing to cone 7

Here are a few results from yesterday's test firing. I say "test firing", because some of the glaze and slip combinations were experimental. The first photo is of the cappucino cup I showed unglazed in a previous post..it had the white slip applied after bisquing the black slip. 5% ferro frit was added to the transparent ash glaze as a flux, and on this piece it's cured the bubbling and pinholing problems..but i'm wondering if this is because I brushed it on very thinly. I also want test this glaze at cone 9/10, but I rather like the buttery, matt surface achieved at this lower temperature. 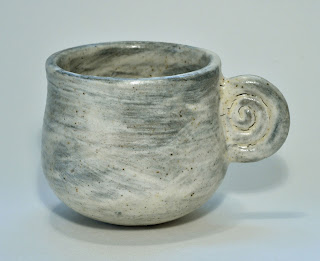 ( It wasn't easy to photograph these slipped pieces, so the colours probably aren't 100% accurate. )

The next three pieces were combinations of black and white slips with the Leach 4321 glaze, plus about 3.5% tin. I was expecting that the glaze would come out semi-opaque at this temperature, as there's quite alot of tin oxide in there, but apart from some micro-bubbles, it's still pretty much transparent. 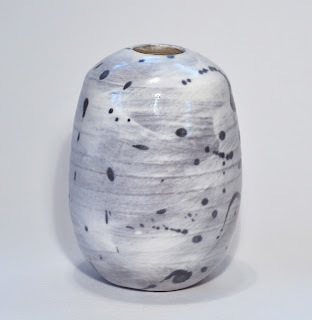 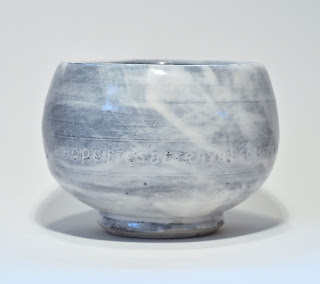 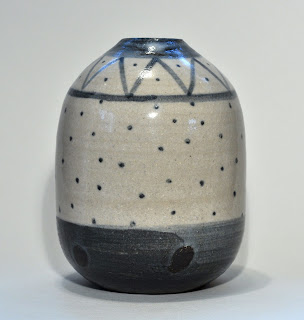 Where the black slip is partly covered over, it has a slight magenta tinge to it. Quite a pleasing effect, but I would like it to come through stronger and darker.