Here are some recent results from my on-going experiments with surface texture.

These two vases had a layer of texture and a layer of slip added before the bisc .. six or seven different glazes were then applied before the final firing. The marks underneath the globular vase are from clam shells which act as supports and help to catch and absorb any excess glaze as it runs under the pot! 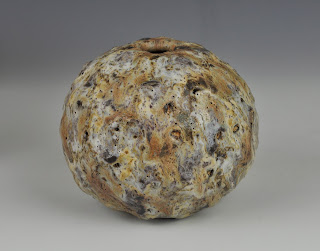 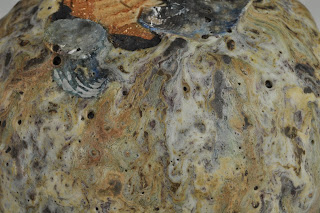 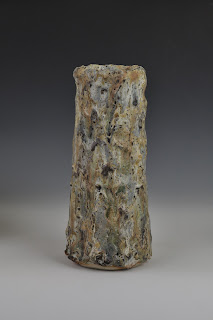 Depending on how thick the walls are after throwing, I may carve the surface of the piece using a loop tool .. this is because the textural slip plus a thick glaze will add considerably to the final weight. But you need to be careful not to go too thin or the wet slip can make the piece collapse, as I have found to my cost!

Next, a lidded jar, thrown as a closed form and the lid cut out. The texture was added using fingers at the leather hard stage and a crackle ash glaze brushed on after the bisc firing: 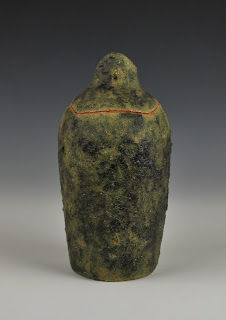 Both of these sculptural pieces were carved at the leatherhard stage and dipped in the same copper glaze (as above) once bisqued: 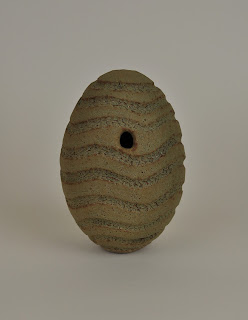 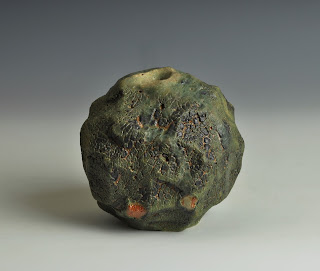 The following pieces have burnout materials (in this case wood chippings) incorporated into the clay body. I use a very groggy clay to help the extra moisture from the wood escape from the body during the bisc firing: 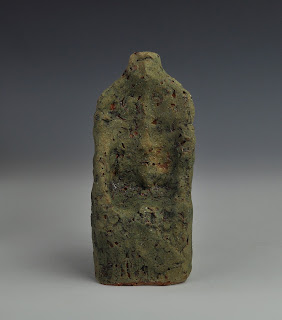 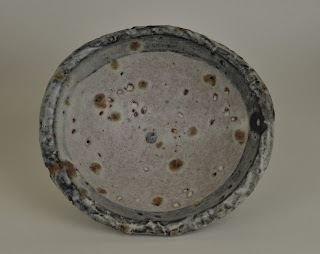 Here is another more sculptural work, made by folding and pinching small slabs of clay together, then cut in half and carefully hollowed out once leatherhard. The inside has been coated with an iron rich slip plus a dolomite and ash glaze, whilst the outside is simply a high-firing black slip brushed on after the bisc. The nice thing about this slip is that it allows the details of the clay body to shine whilst brush marks are left practically invisible: 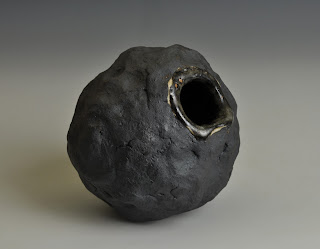 And lastly, a couple of vases, both have layers of texture and reactive slip, but with the glaze applied a little thinner which allows the clay surface to show through more: 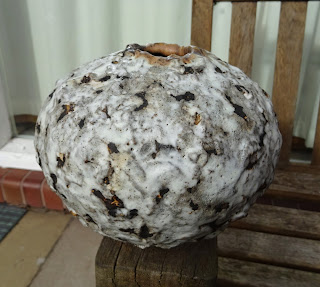 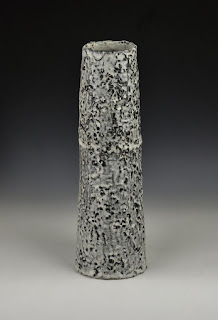 With the globular vase, the dolomite and ash glaze was brushed on and gaps deliberately left to reveal the dark, textural slip below .. I call that piece, "Melting Snow".

I hope you enjoyed your visit, thanks for reading.


Never give up, the best is yet to come